Host: Dr. Zohara Hieronimus, D.H.L.GUEST 8:00-10:00 PM EasternHarvey WassermanSolar power, nuclear power dangers, vote suppression, empowering and activating the people from a long-time organizer and coiner of the phrase “No Nukes!” The People’s Spiral of US History From Jigonsaseh to Solartopia, The Educational Publisher / Biblio Publishing, 2019Solartopia.org

Palm oil consumption — which is already devastating the world’s rainforests — is expected to increase sixfold over the next decade largely because of its newfound-use as a biofuel. Norway’s consumption of palm oil biofuel reached an all-time high last year thanks to laws intended to cut fossil fuel consumption. Read more.

The need for fresh water has pushed humans into exploring new and innovative techniques. For thousands of years, in regions where water is scarce, sometimes using air wells, people have harvested water from the rain, fog or even dew. In Ethiopia, we can witness an upgrade to the age-old technique.Standing 30 ft. tall and 13 ft. wide, the bamboo tower was envisioned by Arturo Vittori and his team, Architecture and Vision. Read more.

Why Growth Can’t be Green 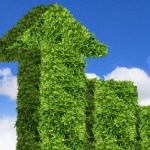 Warnings about ecological breakdown have become ubiquitous. Over the past few years, major newspapers, including the Guardian and the New York Times, have carried alarming stories on soil depletion, deforestation, and the collapse of fish stocks and insect populations. These crises are being driven by global economic growth, and its accompanying consumption, which is destroying the Earth’s biosphere and blowing past key planetary boundaries that scientists say must be respected to avoid triggering collapse.

Many policymakers have responded by pushing for what has come to be called “green growth.” All we need to do, they argue, is invest in more efficient technology and introduce the right incentives, and we’ll be able to keep growing while simultaneously reducing our impact on the natural world, which is already at an unsustainable level. In technical terms, the goal is to achieve “absolute decoupling” of GDP from the total use of natural resources, according to the U.N. definition.

It sounds like an elegant solution to an otherwise catastrophic problem. There’s just one hitch: New evidence suggests that green growth isn’t the panacea everyone has been hoping for. In fact, it isn’t even possible.