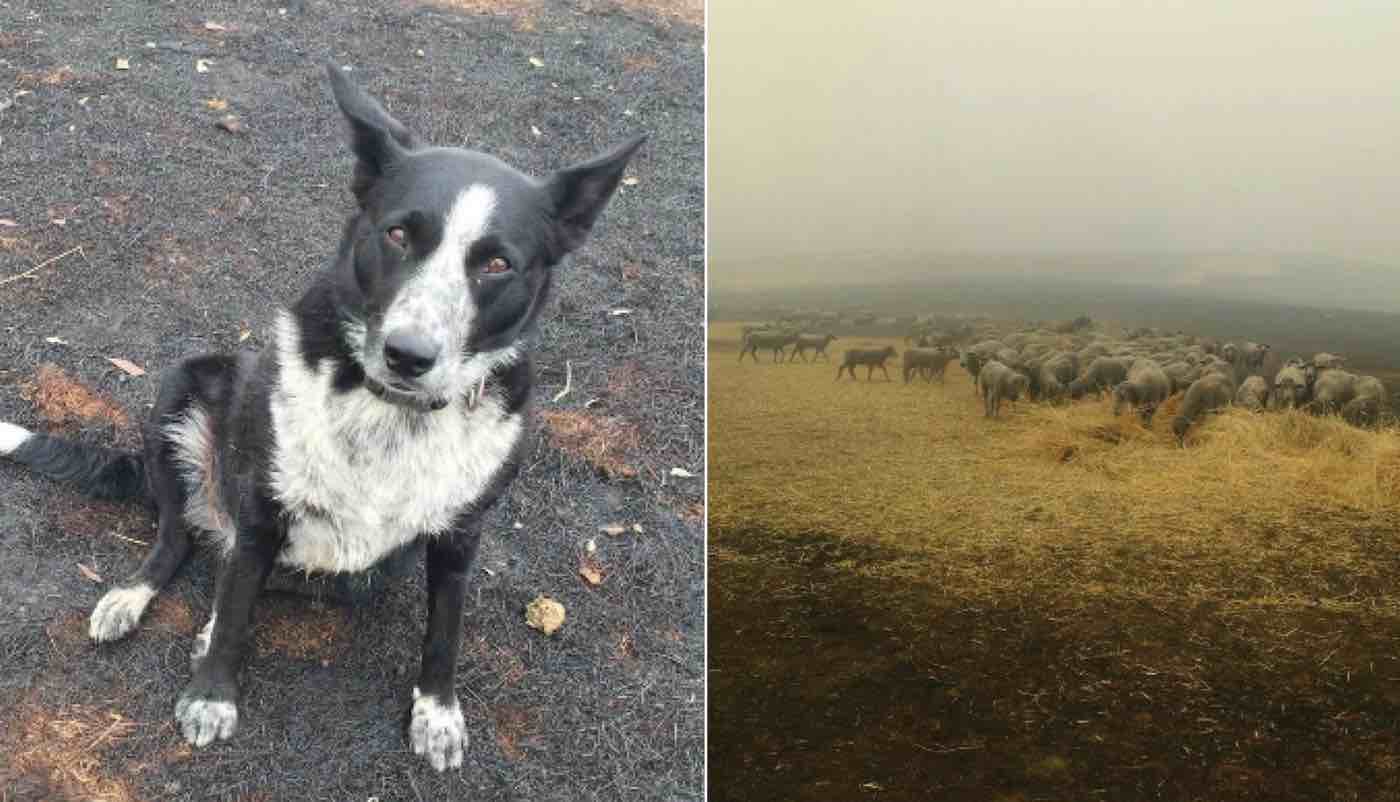 RELATED: Here Are a Dozen Different Ways the World Has Rallied Behind Australia During the Bushfires

Quick as a flash, Patsy rounded up the herd and ushered them into a barn while the owner of the farm fended off the flames with a tractor and water pump.

Thanks to Patsy’s quick actions, almost every single one of the roughly 220 sheep were saved from the fires.

“If you haven’t got a good dog, you can’t do so much with the sheep,” Hill told NBC News. “They’re really difficult to move in any way, shape or form unless you have a good dog.”

Since Patsy’s heroic story has been shared across international news outlets and social media, her owners have started an Instagram account for the terrier-shepherd mix—and it has already garnered several thousand followers.

Thankfully, Australian meteorologists are hoping that this week’s forecast for upcoming rainfall will help bring a much-needed break to the province’s bushfires.