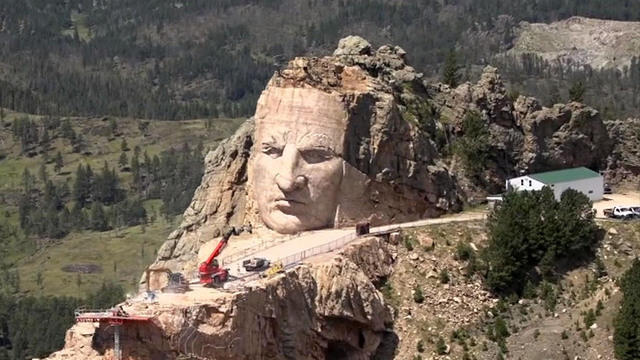 In 1939, Lakota Chief Standing Bear commissioned one of the Mount Rushmore sculptors to carve a similar monument to his famous forefather Crazy Horse, a freedom fighter who led his people against the US federal government and is credited for killing General Custer in the Battle of Little Bighorn.

“My fellow chiefs and I would like the white man to know that the red man has great heroes too,” Standing Bear told the renowned Polish-American sculptor Korczak Ziolkowski.

Standing Bear asked the impossible, a stone monument even larger and grander than Mount Rushmore with no government funding.

Fortunately Ziolkowski was a dreamer.

“He believed you can do anything in this world. Nothing is impossible as long as you’re willing to work hard enough and pay the price,” his wife Ruth told NPR in 2013.

He began work on the statue — expected to be the largest in the world when it is finished — in 1948.

After his death in 1982, his wife and 7 children took over the project. Now his grandchildren are involved.

By the late 1990s, Crazy Horse’s face began to emerge from the side of a mountain in the Black Hills of South Dakota, place of spiritual significance to the Lakota.

The last 20 years have been dedicated to Crazy Horse’s hair, outstretched arm and a rough “sketch” of the horse he will be riding on, whose head will stand 22 stories high. 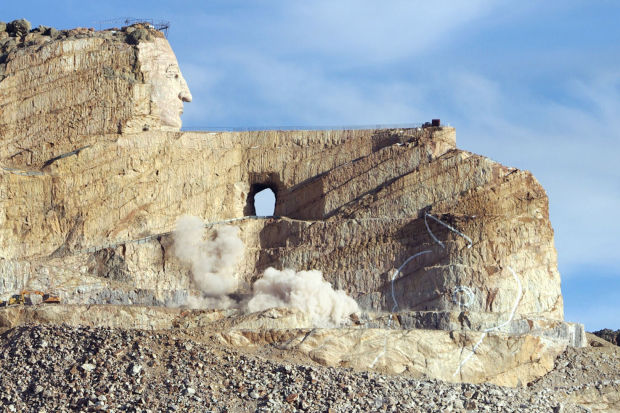 No one knows when the project will be finished. They just take it a decade at a time, Ziolkowski’s daughter says in a video interview. But ticket sales to see the statue’s completed face are helping to fund the construction of the rest of it. 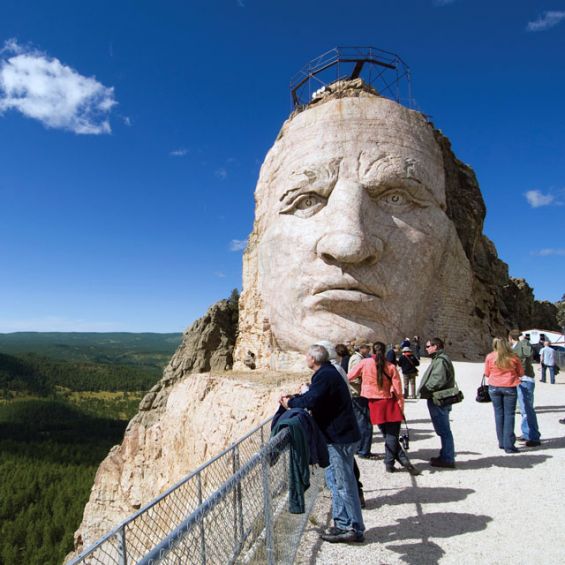 “I see a time … when all the colors of mankind will gather under the sacred tree of life and the whole earth will become one circle again,” Crazy Horse, four days before his death.