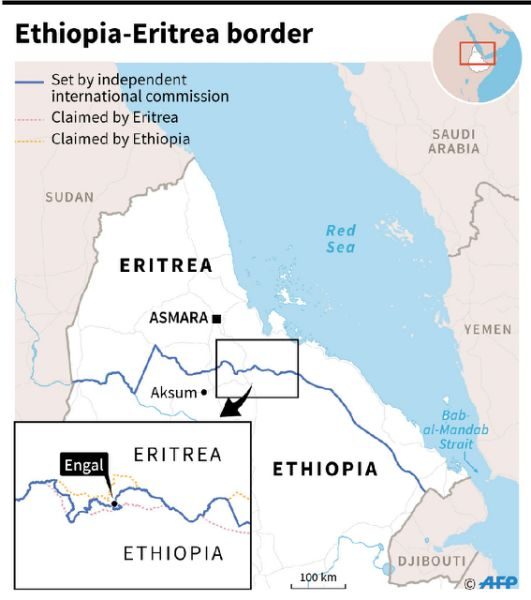 Have you ever been so happy that you began to celebrate with total strangers? Well, in the wake of a historic peace agreement in East Africa, the people of the region have every cause to do so.

Ethiopia and Eritrea – two East African countries that have been at odds since 1993 when Eritrea voted with a super majority to separate from Ethiopia – have just agreed to end the conflict which saw many families split apart as the borders shut down and phone lines were cut off.

Now, however, as telecommunications reboot between the two East African neighbors, people are celebrating in a very unusual fashion. Selehadin Eshetu, an Ethiopian, spent 3 days dialing random phone numbers before someone from Eritrea picked up.

Eshetu told the news outlet that he “heard the same happiness from the voice at the other end of the line.” The voice told Eshetu that the peace agreement was huge for him and he wanted this relationship to continue. “And he said, ‘I am going to save your number; I am going to call you regularly. We will be family.’”

Selehadin is just one of a large number of people reaching out from both countries to express their joy over such a wonderfully positive and historic moment. Feeling like she wanted to be part of history, Frehiwot Negash did a Google search for Asmara, the Eritrean capital, and found the number for the Crystal Hotel.

“When I called,” she told NPR, “the receptionist answered, and I said, ‘I am calling from Ethiopia to say congratulations.’ And I told her, ‘I am very happy.’ The receptionist then told her she was happy too. Negash told her that someday she would fly to Asmara – and the receptionist replied, “We will welcome you.”

Early in April, Abiy Ahmed took over as Prime Minister after the previous leader resigned suddenly in February amid massive anti-government protests. In Ahmed’s inaugural address, he called upon Eritrean leaders to aid him in ending the deadly two-year old border conflict and resolved to create a new chapter in the two nation’s histories.

Mr. Ahmed’s administration has also been praised for its release of thousands of jailed political prisoners, and a greater focus on maintaining the basic rights of Ethiopians, as well as a more open relationship with the press.